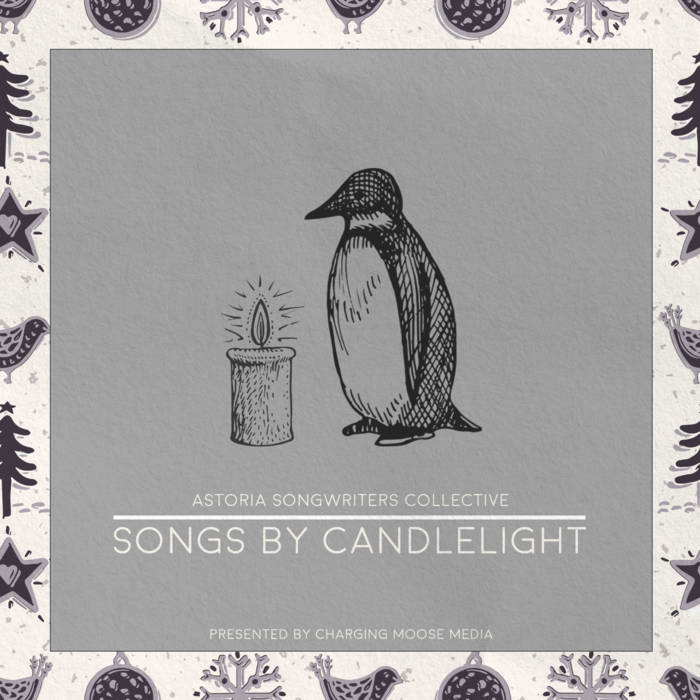 Like we do every year (or at least for the past 4 years!), a group of incredibly talented songwriters, musicians, arrangers, engineers, a chiweenie and some musical and non musical loved ones, armed with lots of coffee and a bunch of craft beer (Aaron likes a nice IPA), all crammed into the Buddy Project (thebuddyproject.com) in Astoria and set off on a two day journey to collectively work through and produce 3 brand new original holiday songs and a cover.

My brother Sam and I started recording albums of Christmas music as a gift for our grandma over a decade ago and I don't think we've ever missed a year. For most of that time we focused on arranging well known Christmas songs.

That was until 2015. That was when I co-founded Charging Moose Media with my friend Ned Donovan. We created CMM as an umbrella for the plethora of creative projects that we had taken on that year together. When Christmas time came that year it seemed natural to include the annual Christmas album as part of "Charging Moose". Instead of just doing covers, we reached out to all of our friends who were songwriters and asked them if they wanted to write original holiday songs for the album. Thus a new tradition was born.

4 years later, we have our first Chanukah song provided by my lovely wife Megan, another kickass country tune by Aaron Drescher, a Radiohead inspired cover of What Child is This and an epic electronic pop song that I arranged and Megan wrote beautiful lyrics for.

This year also marks the launch of the Astoria Songwriters Collective, we've been getting together and writing and working on songs as a group for awhile now and thought we should finally put a name on it. Our plans for 2020 are still being developed but stay tuned for more.

We hope you enjoy the tunes this year as much as we enjoyed making them.

Recorded at The Buddy Project

Thanks to Kieran Kelly, Dutch and Teesta!

Bandcamp Daily  your guide to the world of Bandcamp

Featured sounds from Fly Lo and Ahmed Idris, plus Mother Nature hops on to drop off new project